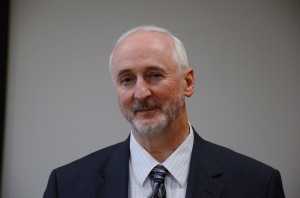 Dr. Wolfe’s main area of research and teaching for two decades was Constitutional Law and American Political Thought, and he is the author of various books, the best known of which is The Rise of Modern Judicial Review, which the late Judge Robert Bork, in a 2006 Wall Street Journal contribution, listed as one of the five best books on the Constitution.

Dr. Wolfe subsequently shifted his work back to political philosophy, and especially the area of natural law and liberal political theory.  His book Natural Law Liberalism was published by Cambridge University Press in 2006.   He has authored 5 books, edited 7 other books, and published over 50 scholarly articles, as well as more popular pieces.

In 1989, Dr. Wolfe founded the American Public Philosophy Institute, a group of scholars from various disciplines that seeks to bring natural law theory to bear on contemporary scholarly and public discussions.  The APPI sponsors conferences, lectures, panels at professional meetings, and publications.

From 2005 to 2014, Dr. Wolfe served as co-director of the Thomas International Center, an educational institute that encourages students, and others, to think about life’s great questions: where we come from, where we are going, and how to live life well.