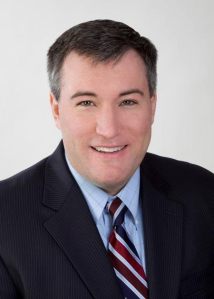 Jason Shanks, Director of the Principium Institute, is a convert to the Catholic faith. Jason was raised Methodist. During college at Miami University of Ohio, he became active in an evangelical Protestant organization and began investigating the beliefs of Protestantism. This investigation ultimately led him, much to his surprise, to the Catholic Church. Jason cites his discovery of the Catholic understanding of the Eucharist as the ultimate turning point of his conversion process, saying, “I knew then, I had to be Catholic.” Since his conversion in 1999, Jason has worked in many areas of ministry, in a number of different positions. He founded Catholic Youth Summer Camp. He revitalized Greater Columbus Right to Life, as both President and Executive Director of Greater Columbus Right to Life, where he received an award for his work. He was the Secretariat Leader for Evangelization and Parish Life for the Diocese of Toledo. He is a published author and has spoken to various groups and ages about the Catholic faith. In 2005, he was featured on EWTN’s Journey Home with Marcus Grodi. Jason has a Masters in Theology from the Pontifical College Josephinum with a concentration in Evangelization and a Master in Nonprofit Administration from the Mendoza College of Business at the University of Notre Dame. He was the first Chief Executive Officer of Catholic Charities of Southeast Michigan, an organization he consolidated out of 6 previous social service agencies. Currently he is the President of Our Sunday Visitor Institute. In 2014 he was recognized by Crain’s Detroit 40 under 40. You can read more about Jason here:https://www.linkedin.com/in/shanksjason

What excites you about directing the work of the Principium Institute?

My background both in studies and experience is in organizational management in the Catholic faith.  I have started, restarted, revitalized, and brought together various organizations for the single purpose to save souls and to lead people to Christ and His Church.  And I am honored to get the Principium Institute off the ground to help make great scholarship accessible—to bring the classroom to the tablet and smart phone.  While not myself a professor, I have seen first-hand the influence, both good and bad, of the ideas discussed in the halls of academia played out among the youth, parishes, dioceses, and social services of which I have been a part. I am hoping that this institute can positively affect and evangelize the culture and times of which we live.  In the end, I am a fan of great scholarship and excited to break open the works of those we are going to feature and publish.